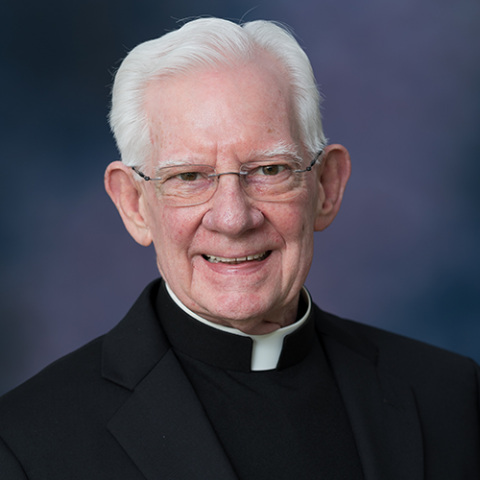 Message from the Director of the Seminary’s Vocation Team

When Jeremiah drew back from the Lord’s call to make him a prophet, God responded frankly:

“Before I formed you in the womb I knew you, and before you were born I consecrated you; I appointed you a prophet to the nations.”

In this brief moment God reveals beautifully to us that he is not only responsible for our creation, but that he creates each one of us for a purpose.  My life as the person I am, then, is both intentional - “God wanted me to be” -- and vocational - “God wants me to be in this special way.”

Often enough it happens that someone does not come to recognize or to act on their true calling - the vocation that God originally gave to him or to her - until later in life.  This is exactly what we find with the men who are drawn to Pope St. John XXIII National Seminary.  For one reason or another the lives of these men became committed to a particular way of work - or to a particular person in marriage - and the call of the Lord then became too distant or too faint for them to hear.

The work of our Vocation Team at the Seminary is a matter of reaching out to these very men in society who have a genuine vocation to the ministerial priesthood, and who are at the point of seeing their true vocation and acting upon it.  There are two important avenues we pursue.

First, we want to help our brothers and sisters in the Church to know that these “later vocations” are out there.  (I hope you can see that “original vocations” is a better expression.)  Very often you and I see men from 30 to 60 years old who would be free to pursue the priesthood and we think, “That fellow would make a fine priest.”  Our work is to develop ways to help folks to act on that intuition.  To help them to see that this recognition very often comes from God and that it is something that the man they have in mind really needs to hear from them.  How often a vocation to the priesthood comes to be unlocked by the simple words, “Have you ever thought about being a priest?”

Our second task is to assist these men who are now coming to the recognition that God had something original in mind for them:  that they may actually be being called to the priesthood.  Naturally, they are both excited and daunted by this recognition.  Our work, with their vocation directors, is to help these men discern the truth of their call and the suitability of pursuing their vocation at Pope St. John XXIII National Seminary.  We do this in multiple ways and the many opportunities we provide are available throughout this website.

Don’t hesitate, as we won’t, to help these men see what God is asking of them.

If you have any questions, you may email Msgr. William Fay at msgr.fay@psjs.edu