Profession of Faith and Oath of Fidelity for Priesthood 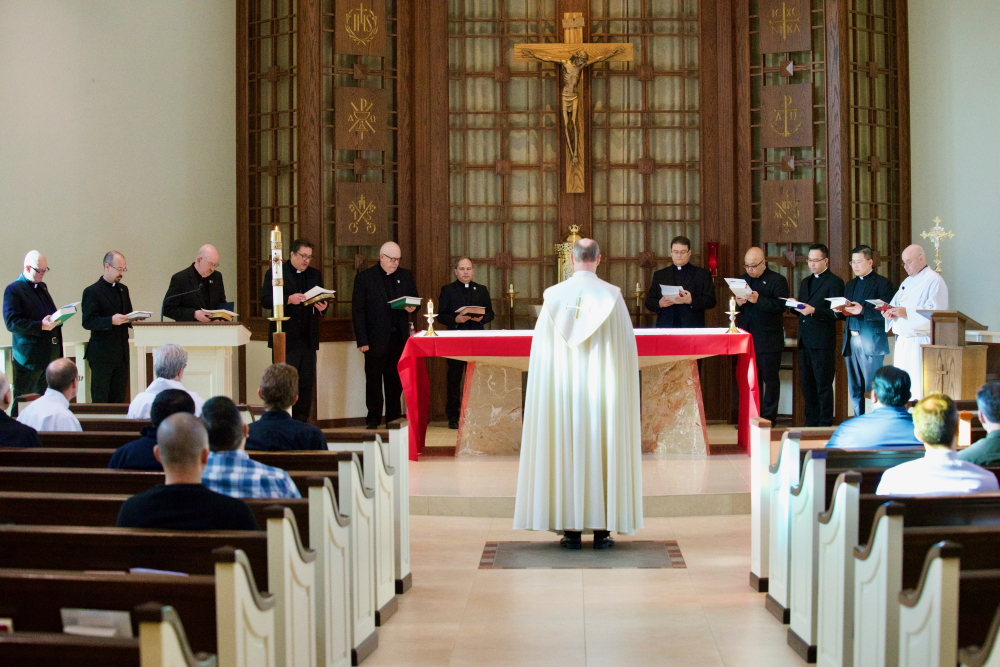 On Monday evening, April 25th, seminarians and faculty gathered for solemn Evening Prayer. During this rite, members of the fourth theology class made their Profession of Faith and Oath of Fidelity in preparation for their ordinations to the priesthood.

The faithful who are called to exercise an office in the name of the church are required to make the profession of faith according to the formula approved by the Apostolic See (cf. Canon 833).

Please join us in prayer for all Fourth Theology members as they move into the final stage of their formation for Holy Orders. Those who made their profession of faith on this particular night are as follows: 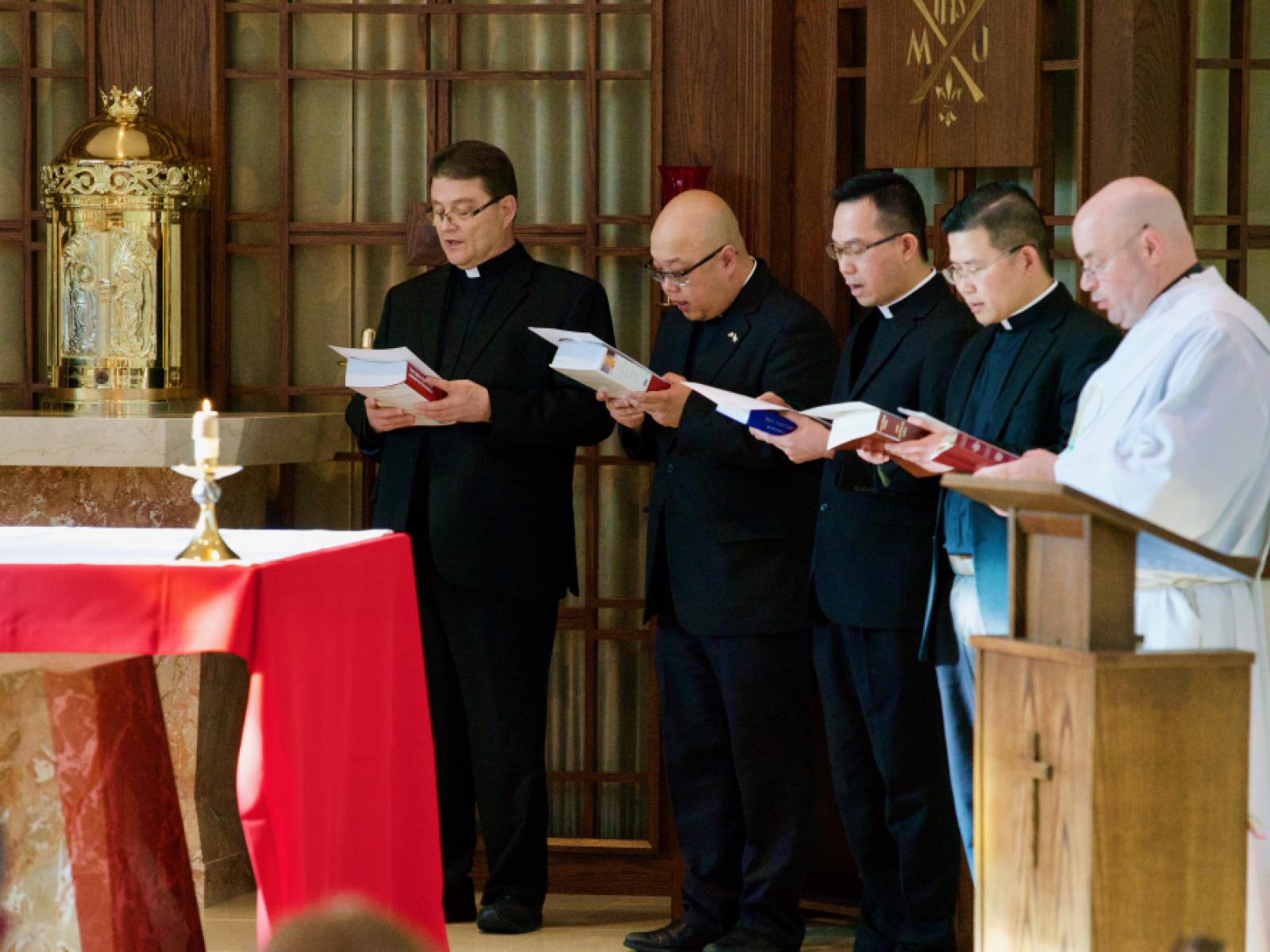 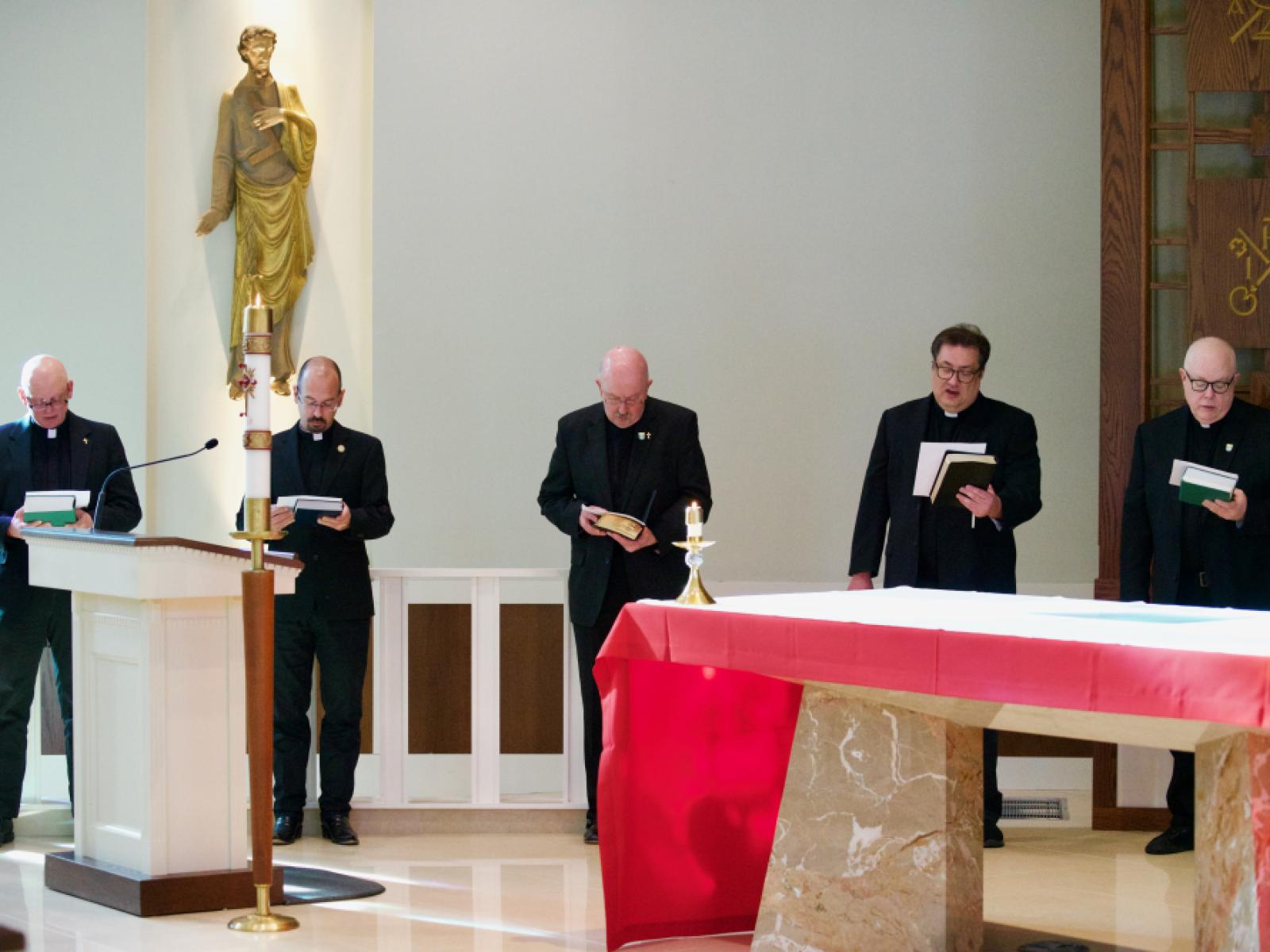 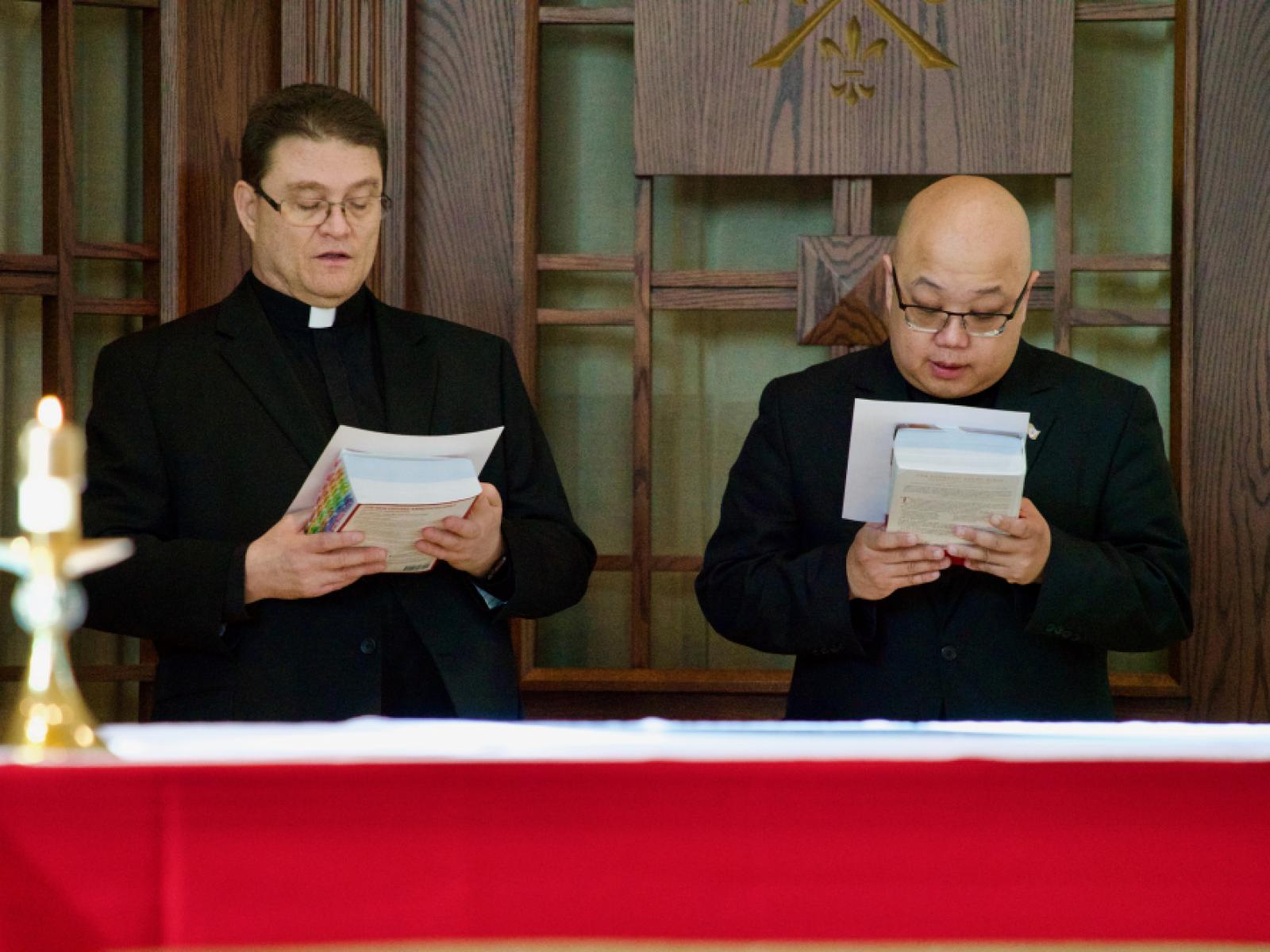 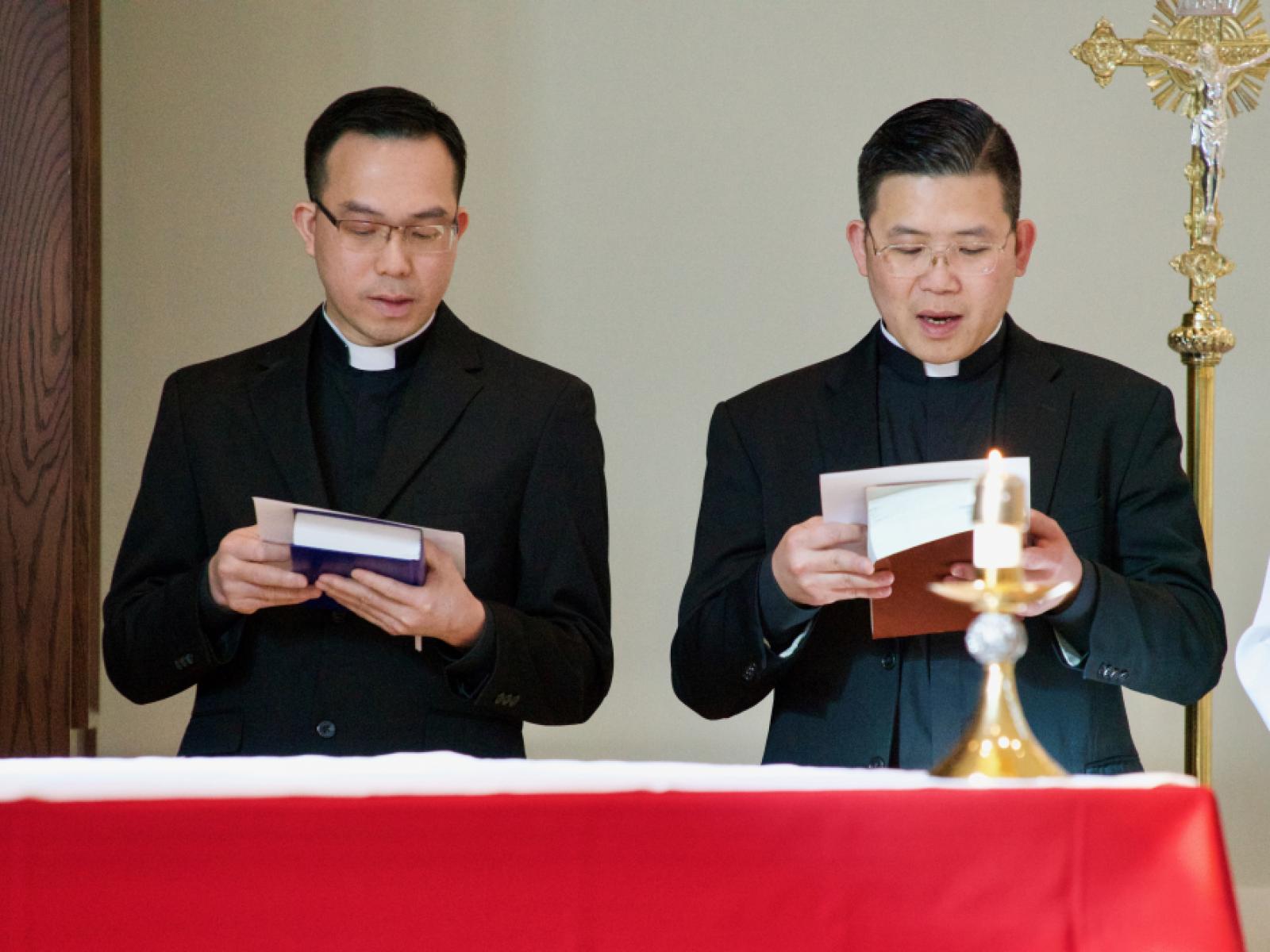 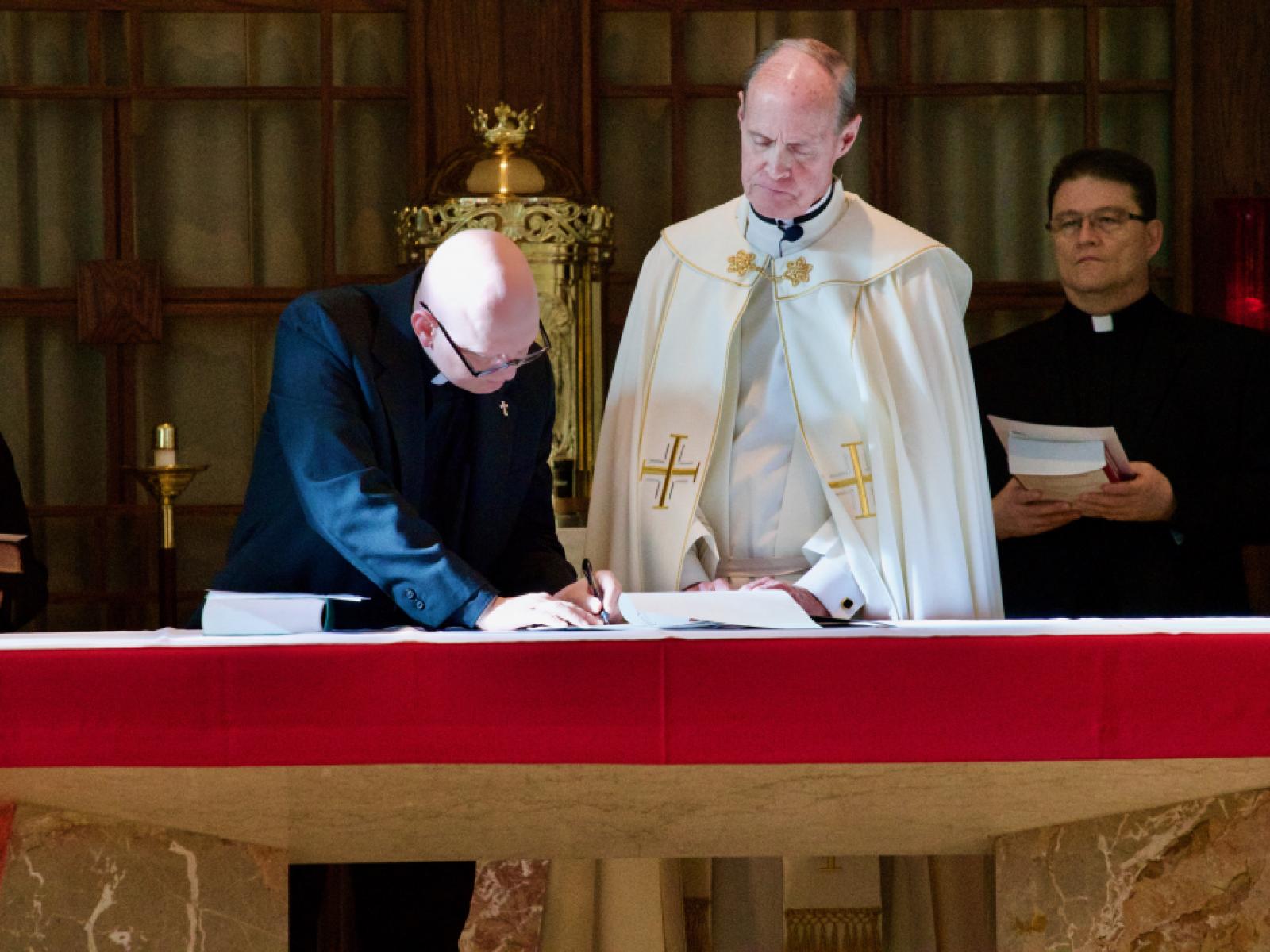 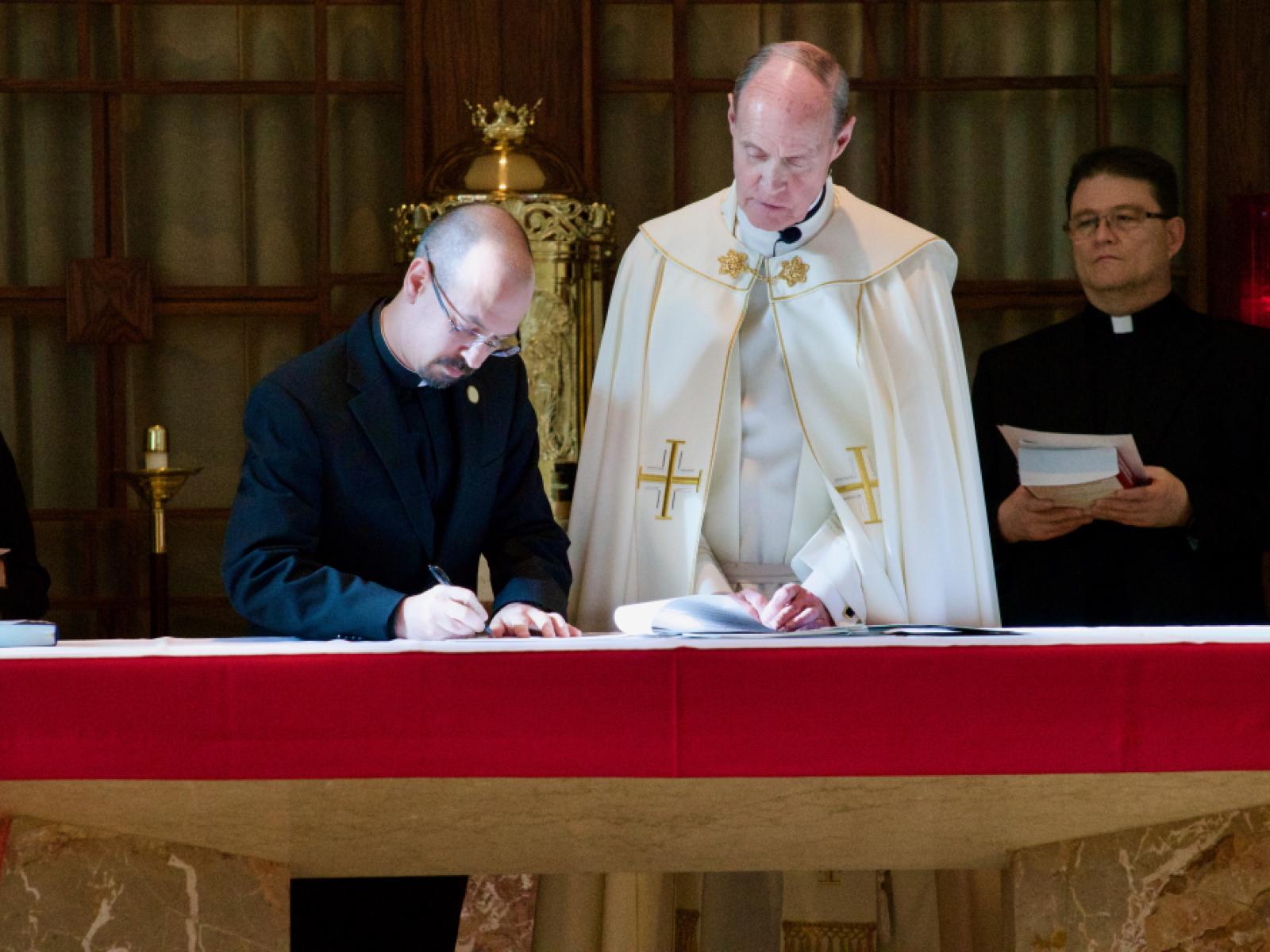 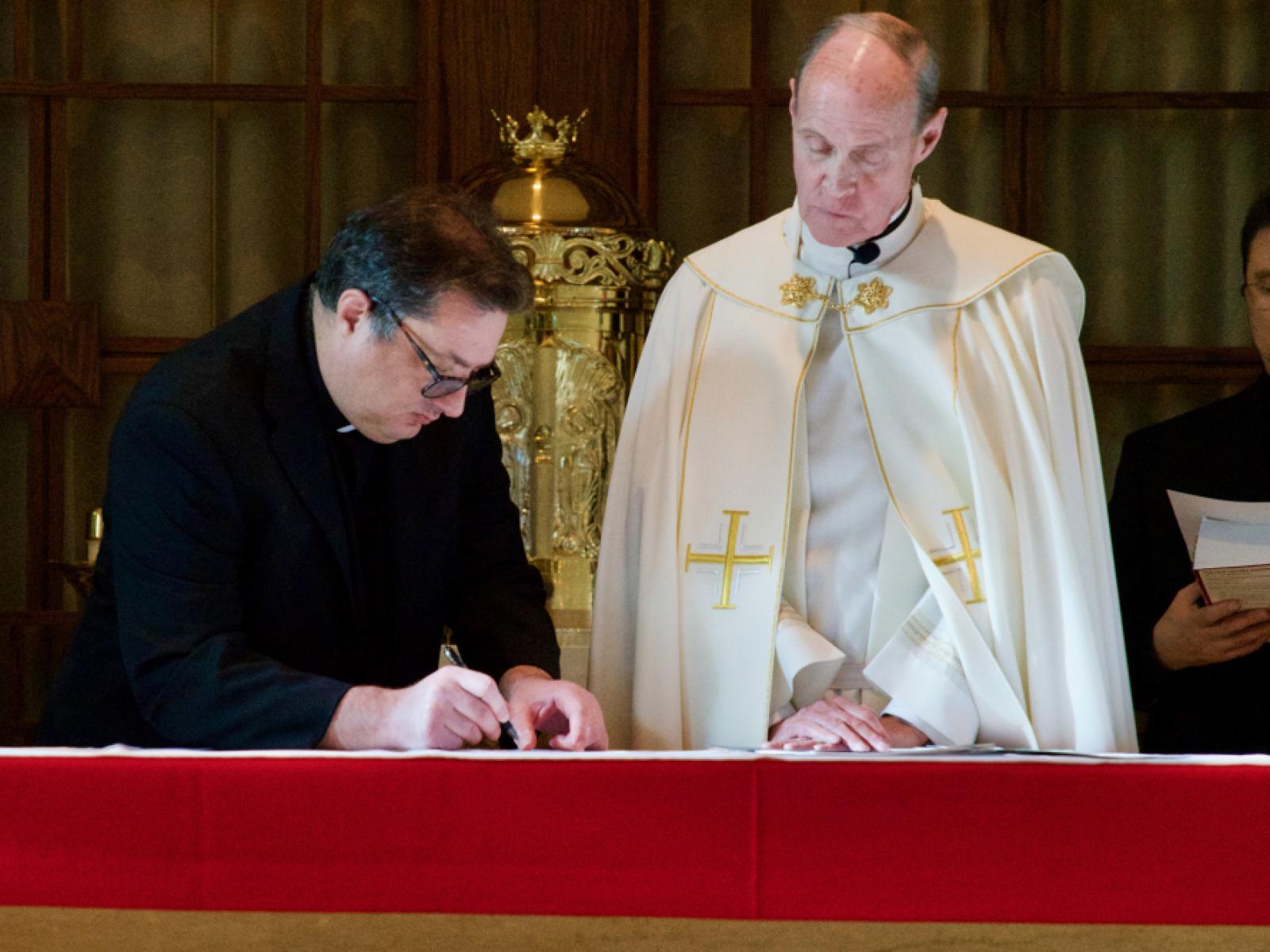 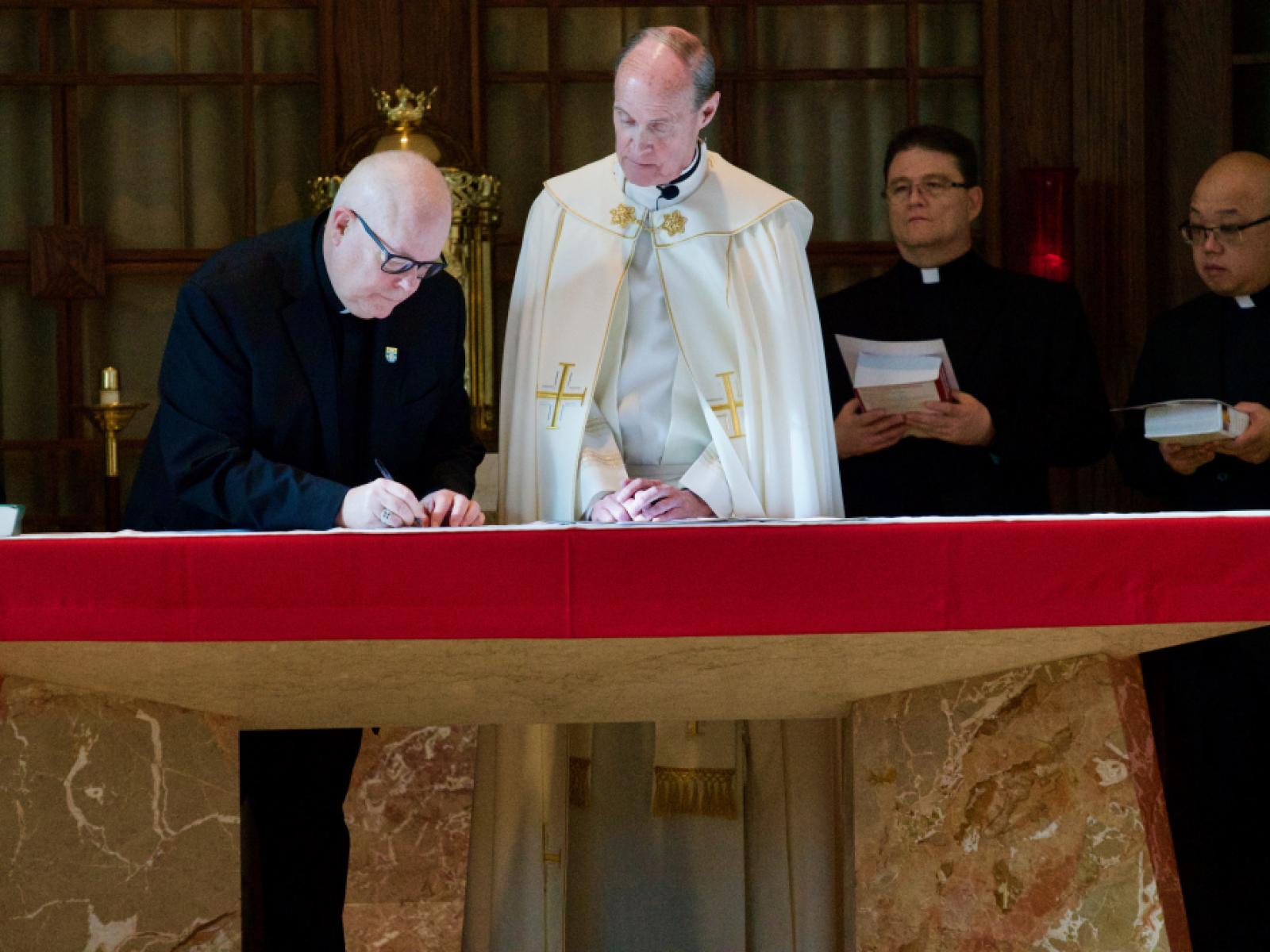 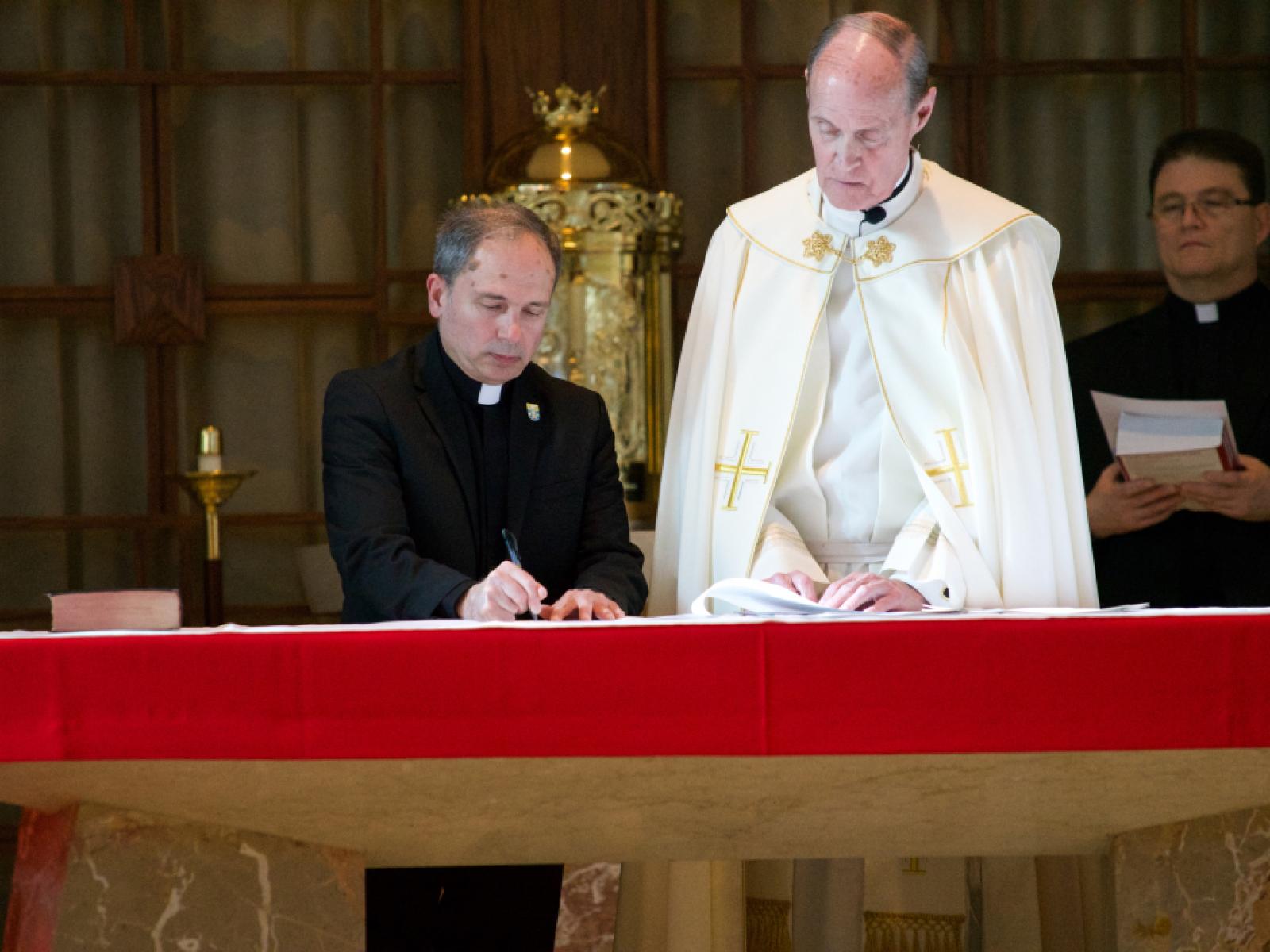 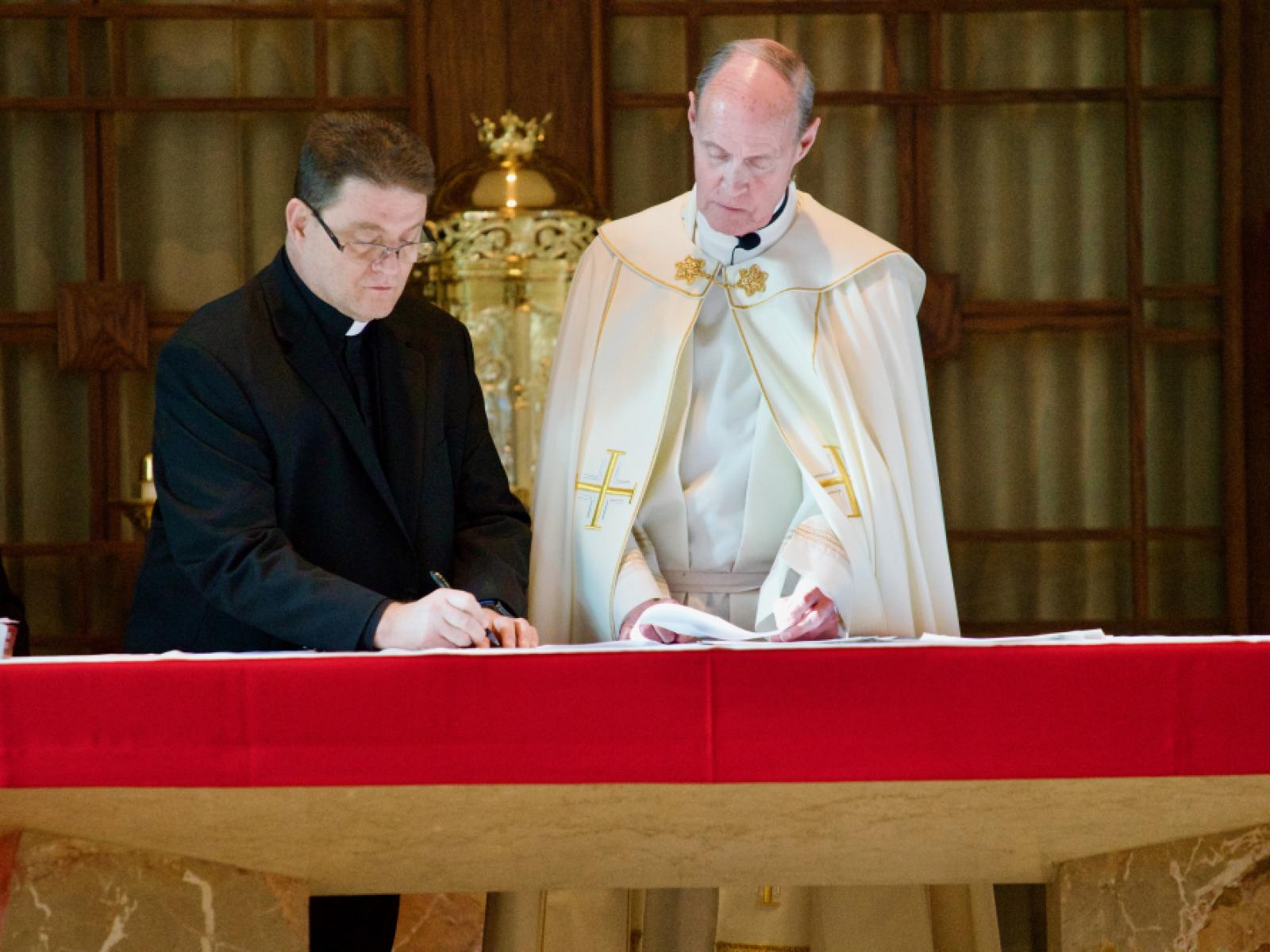 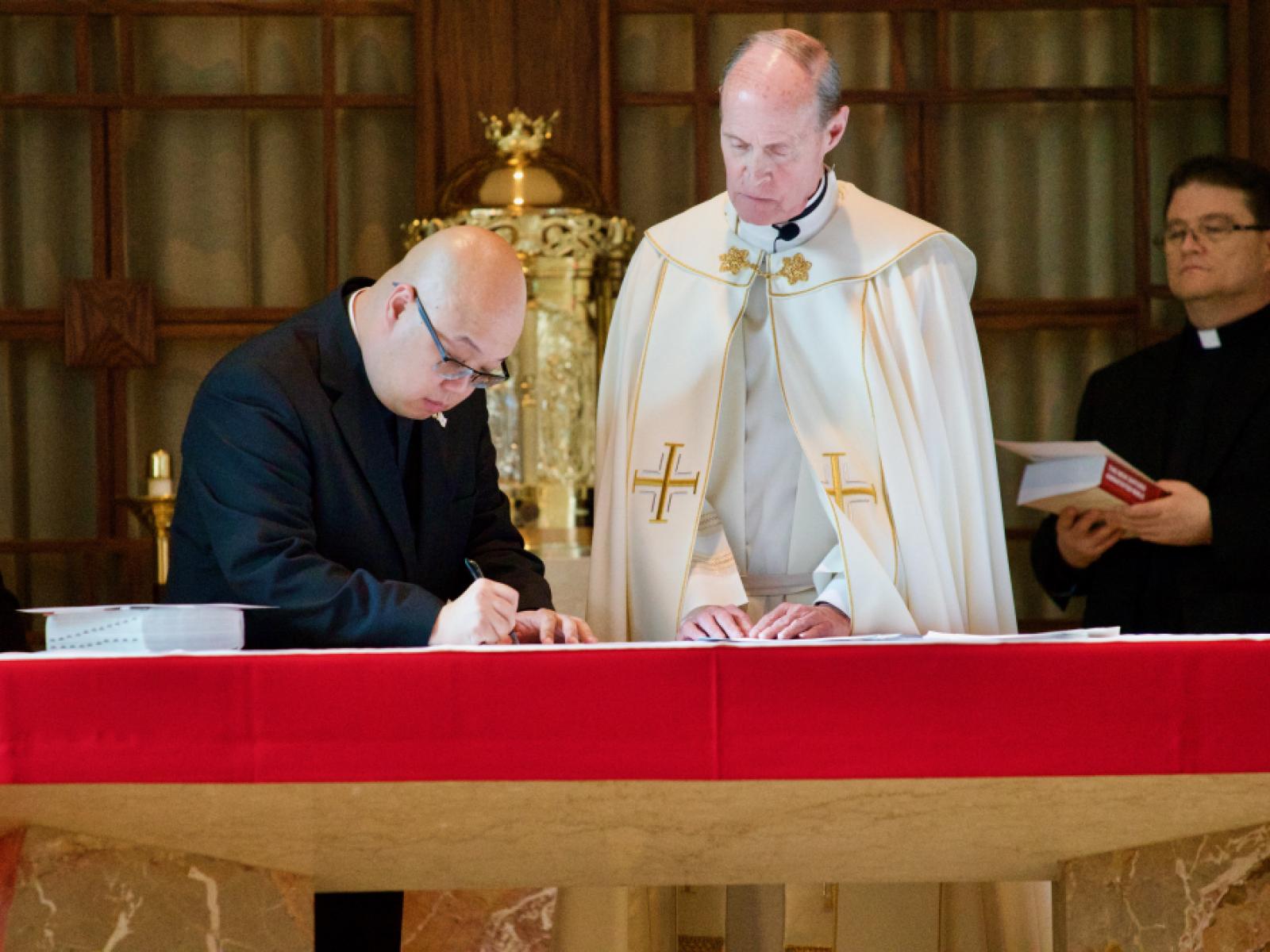 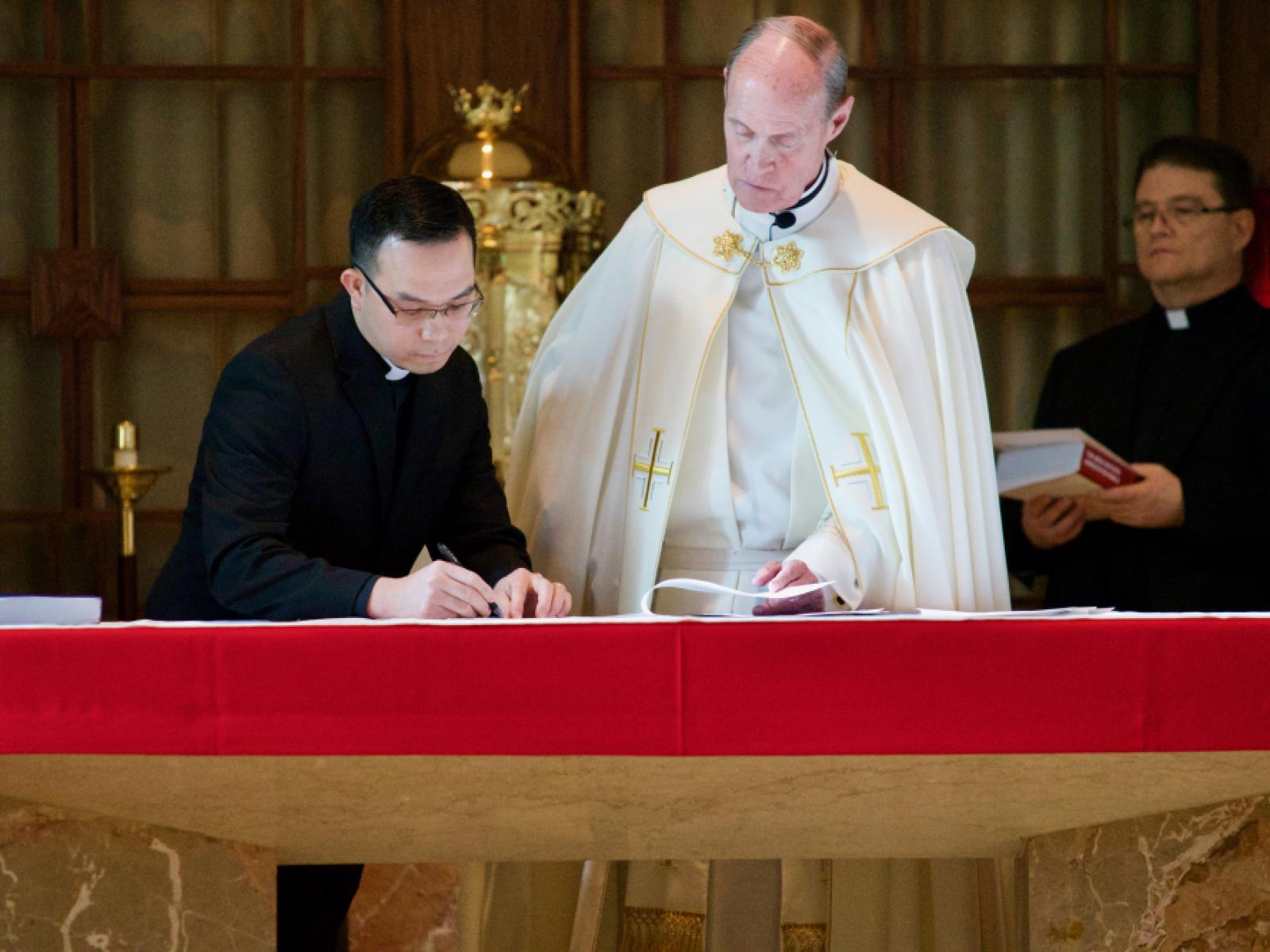 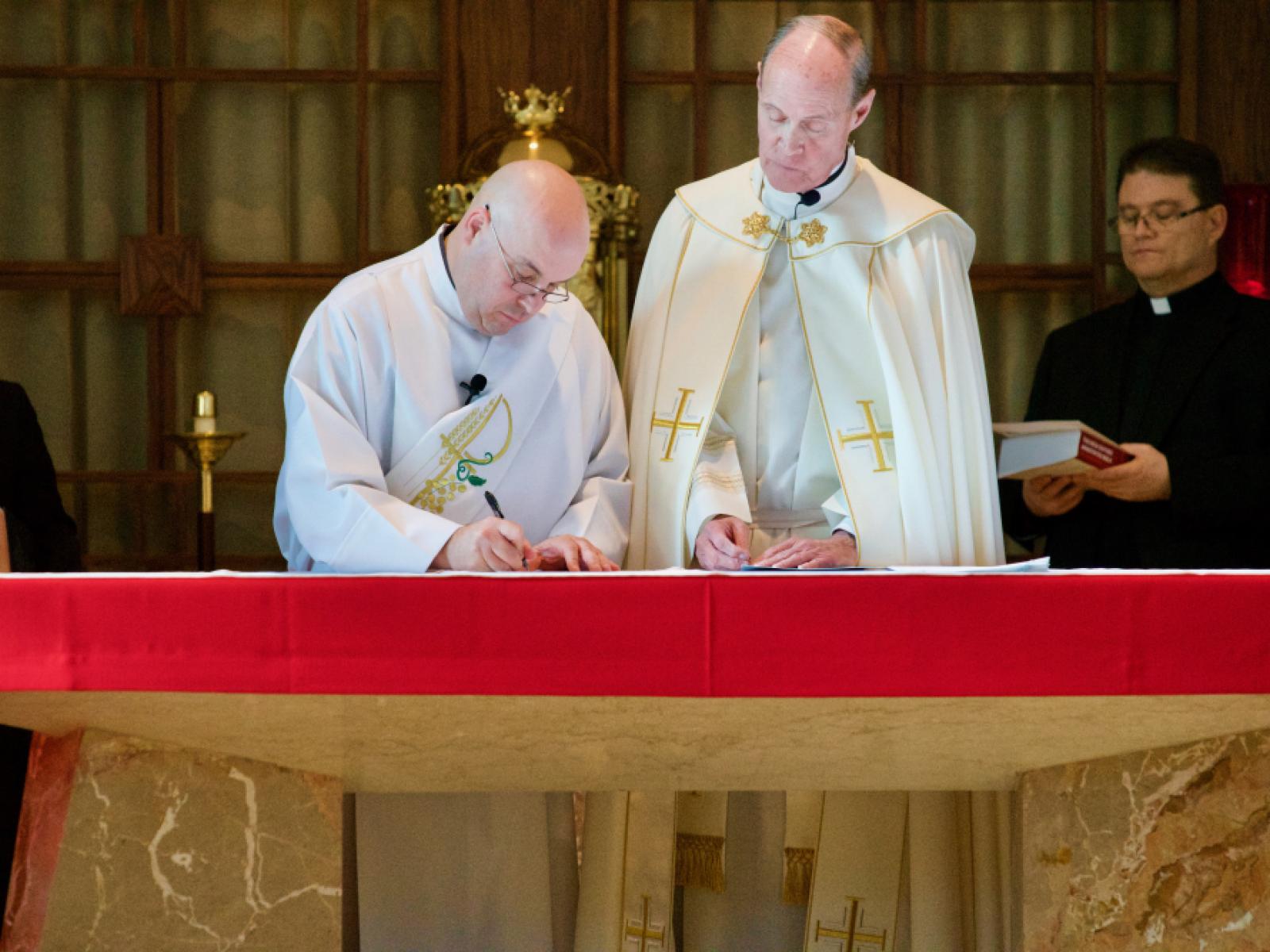