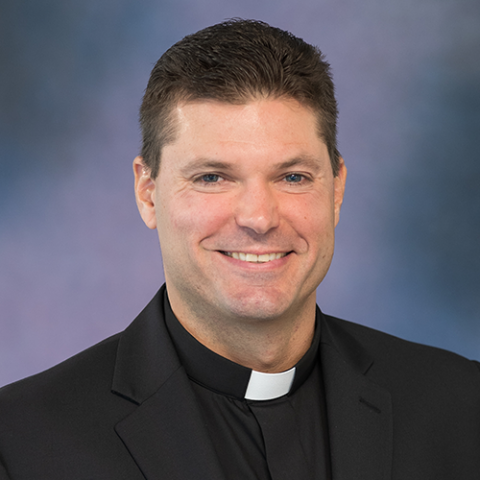 Prior to entering formal discernment, Paul taught and coached tennis for 12 years. He has also worked as a commercial actor and model. He is a convert to the Catholic faith. Paul has earned both a bachelor’s degree in drama studies from Purchase College and a master’s degree in pastoral studies from St. Bernard’s School of Theology and Ministry.

“Shortly after my conversion, I began to hear God’s call to the priesthood. In 2016, I decided to study catechetics and evangelization at the graduate level through Franciscan University of Steubenville, and the call became clearer. As I told my vocation director when we first met, the idea of the priesthood seemed to me to appear in technicolor, while the idea of pursuing all other paths appeared in only shades of gray. In 2019, I entered the formation program in the diocese of Albany. PSJS has a great reputation among the priests and seminarians within the diocese of Albany, and I am grateful for the opportunity to become a part of that tradition.”